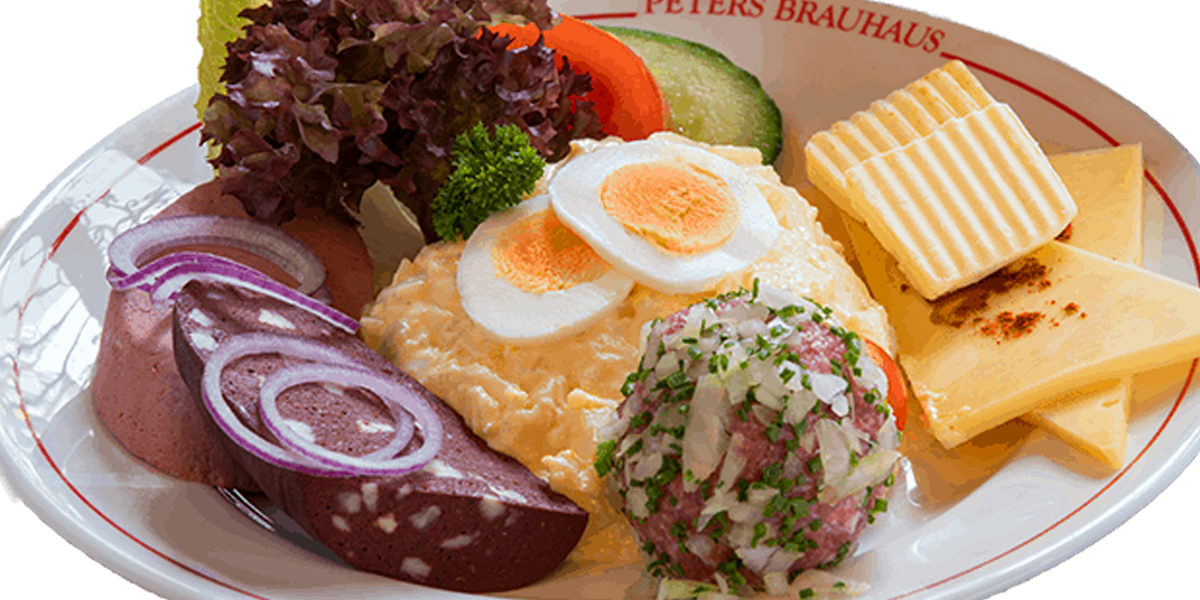 Cologne is at home here!

In 1544, the brewery “Zum Kranz” in Mühlengasse 1, today’s Peters Brauhaus, was first mentioned in the tax books of the city of Cologne. Since such an entry presupposed a larger amount of brewed and sold beer, it was probably even then one of the leading breweries in the city. In 1564 it was renewed by Engelbert Meinerzhagen and extended several times. The first pictorial evidence can be found in 1748 on a drawn street plan by Franz Kreuter. On display is a three-storey house with two entrances and a broad window front. A first photo exists from the time before the turn of the century. It shows the brewery from the town hall tower at the corner of the Alter Markt.

As a brewer and owner, Wilhelm Lammertz was first mentioned by name in 1780. In the turmoil of the French Revolution disappear the names of other breweries. Only in the brewing register 1838, in the Prussian era of the Rhineland, can you find owner Andreas Groß – until 1839. Thereafter, until 1841 Mathias Lölgen takes over the regiment from a well-known Cologne brewery family. It is followed by Peter Simons until 1869 and then Josef Simons until 1873. From 1873 to 1889 Heinrich Weber runs the brewery. He then passes it on to Phillip Bendheuer. From 1898 onwards, no brew is brewed here, because brewing tradition is now being replaced by a new industry: The cotton spinning mill Brügelmann buys the premises and expands here. In 1907 Brügelmann rebuilt the prestigious house, which was destroyed in the 2nd World War to the present facade. Therefore, the house also has its present name, namely “The Brügelmannhaus”.

Behind the old façade, completely restored after the war, there are condominiums and residential apartments with a secluded courtyard. Until 1994, the gourmet temple “Chez Alex” by Rachel Silberstein was located on the ground floor. In the summer of 1994, the private brewery Peters took the initiative and made the house back to what it was for many centuries: an original brewery, now called Peters Brauhaus. Thus, the Kölsch culture has again arrived in the Mühlengasse 1, and the “wreath” was more beautiful than ever revived. He was and is one of the fixed stars at the Kölsch Kölschhimmel. See for yourself! 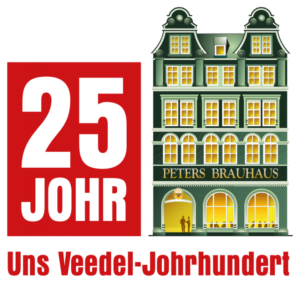 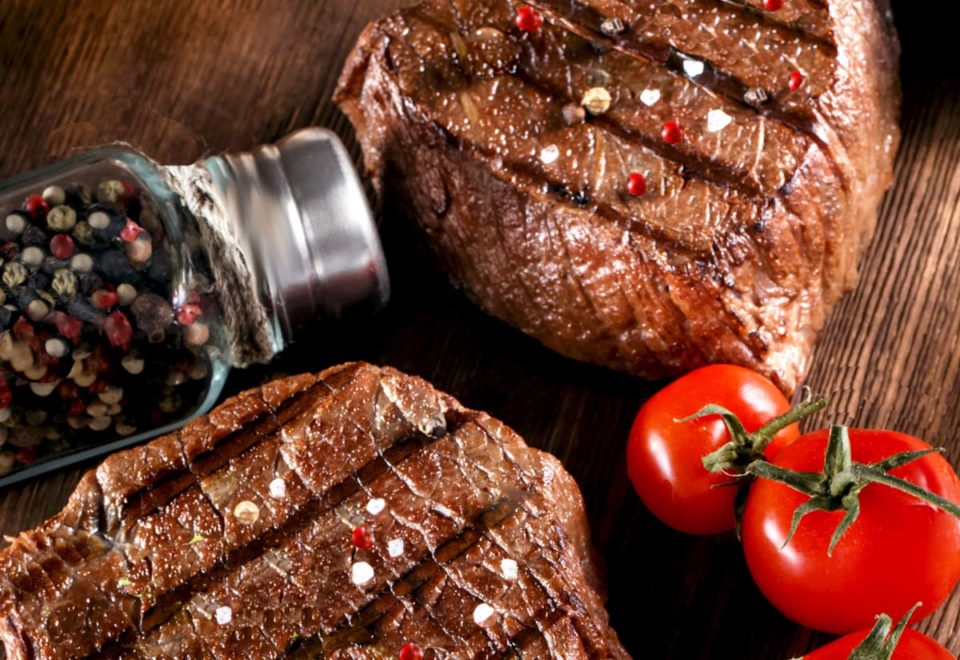 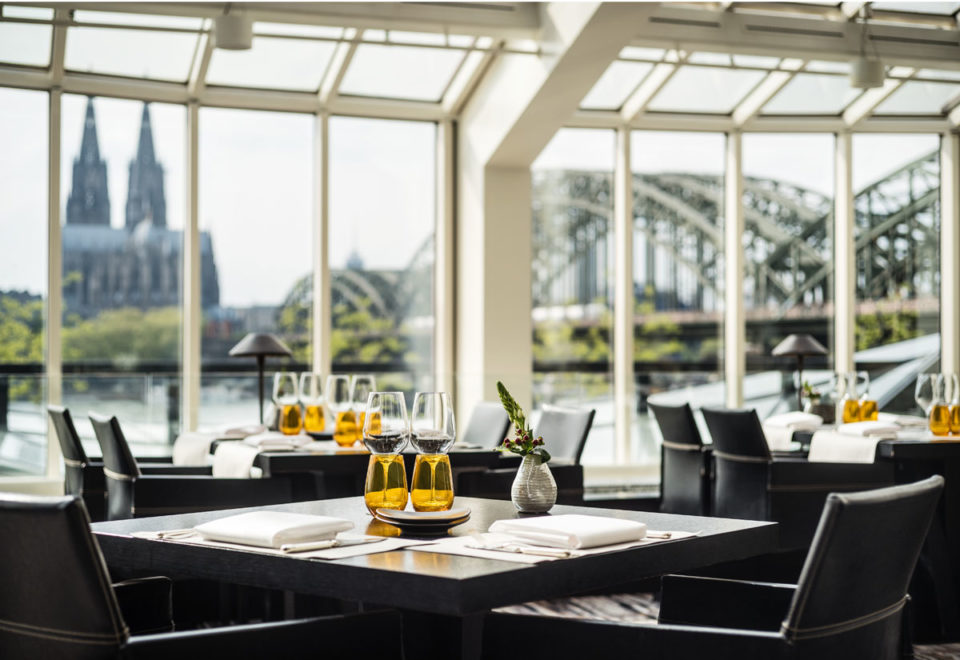 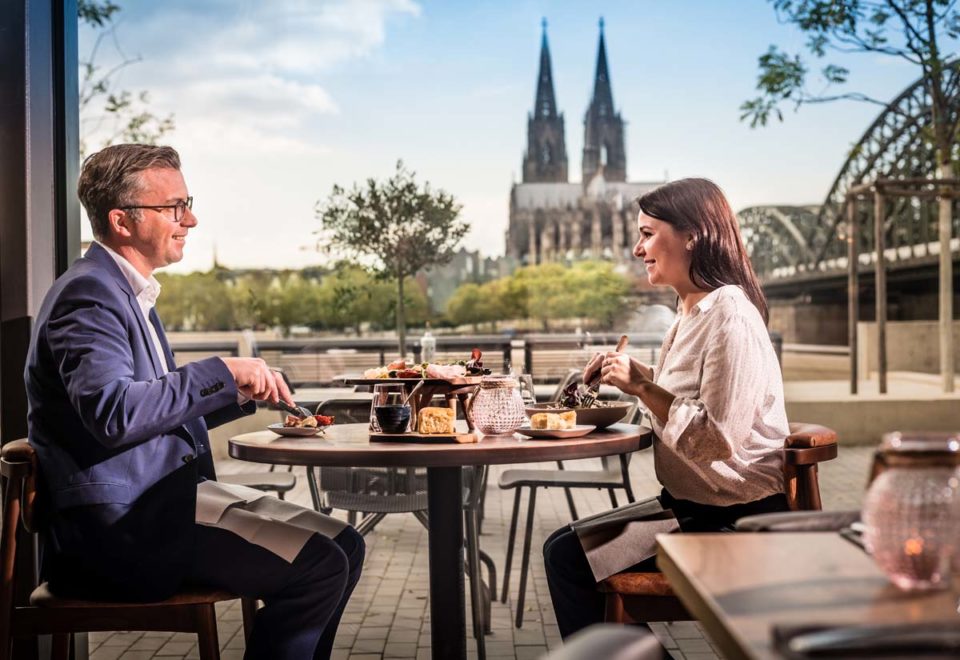